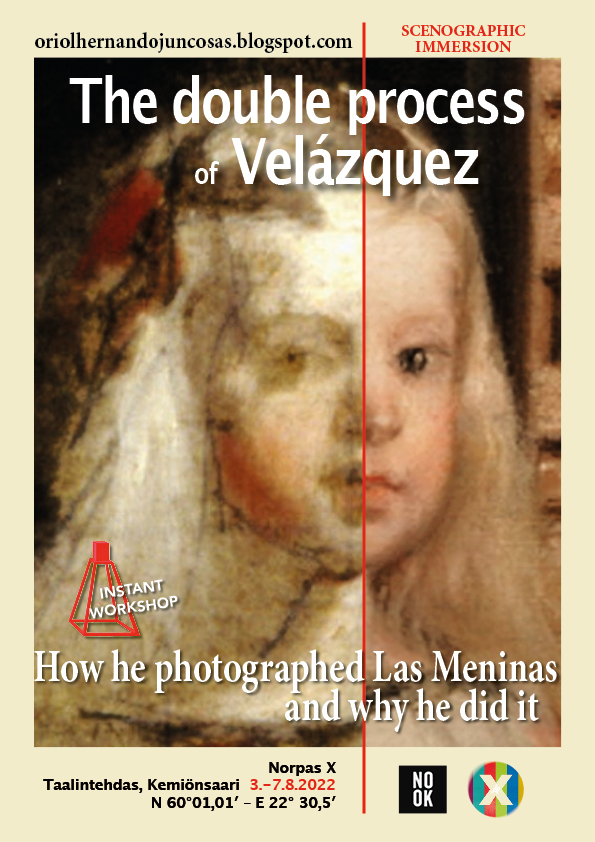 The double tracing of Las Meninas. How Velázquez photographed Las Meninas and enlarged its image on the Prado canvas, and why he did it..

In the past year Norpas´ artisan photographer Oriol Hernando has studied how Diego Velázquez painted Las meninas, one of the most famous paintings of all time. He came to the conclusion that the painting has been reflected twice on a canvas and then copied from the reflection.

In the conference Hernando will show how the painting might have been done. And knowing Hernando, this is not going to be an ordinary boring art conference. The audience might have to become a part of this dance between light and shadow or painting and photographing.