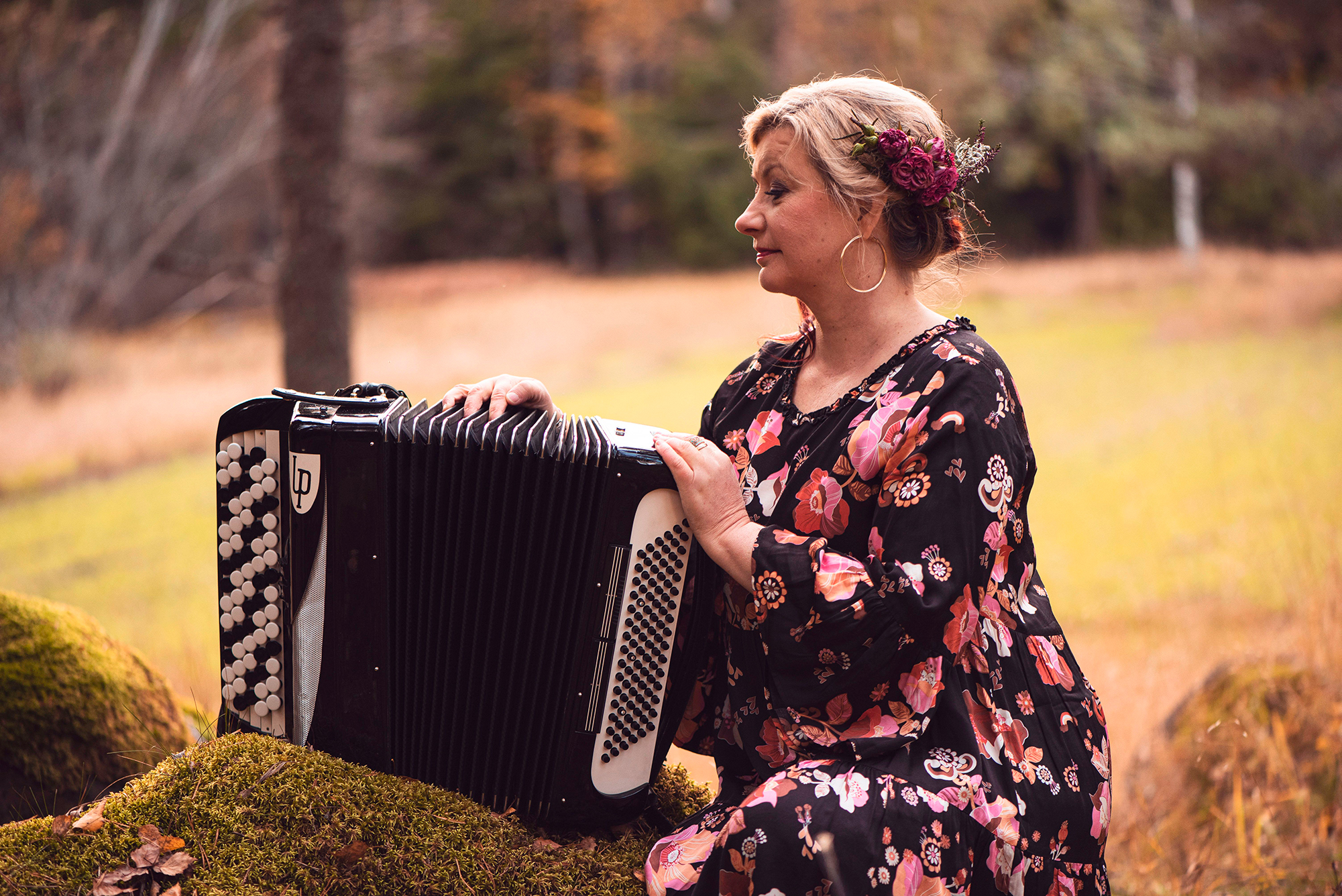 Maria Kalaniemi, a master of free-bass button accordion, is one of Finland's leading contemporary accordionists. Once a member of pioneering groups Niekku and Aldargaz, from the Sibelius Academy Folk Music Department, where she now teaches, her roots are in folk and classical music but her sights and abilities go far beyond existing styles. Technically brilliant as a player, and adept at improvisation, she is also a very powerful, intuitive and sensitive composer, with pieces that stylistically touch in numerous areas but feature her own personality as the driving force. Melody is the meaning and with Maria, listeners are sure to feel her message deeply.

Maria has released many albums with many ensembles including the international accordion collective Accordion Tribe. Maria has toured and performed throughout Europe, USA, Canada and Japan. Her newest album, Åkerö, released December 2011, is the second duo album with Timo Alakotila. Her previous album Vilda Rosor "Wild Roses", a collection of Finnish-Swedish songs, was released in Finland in October 2010.