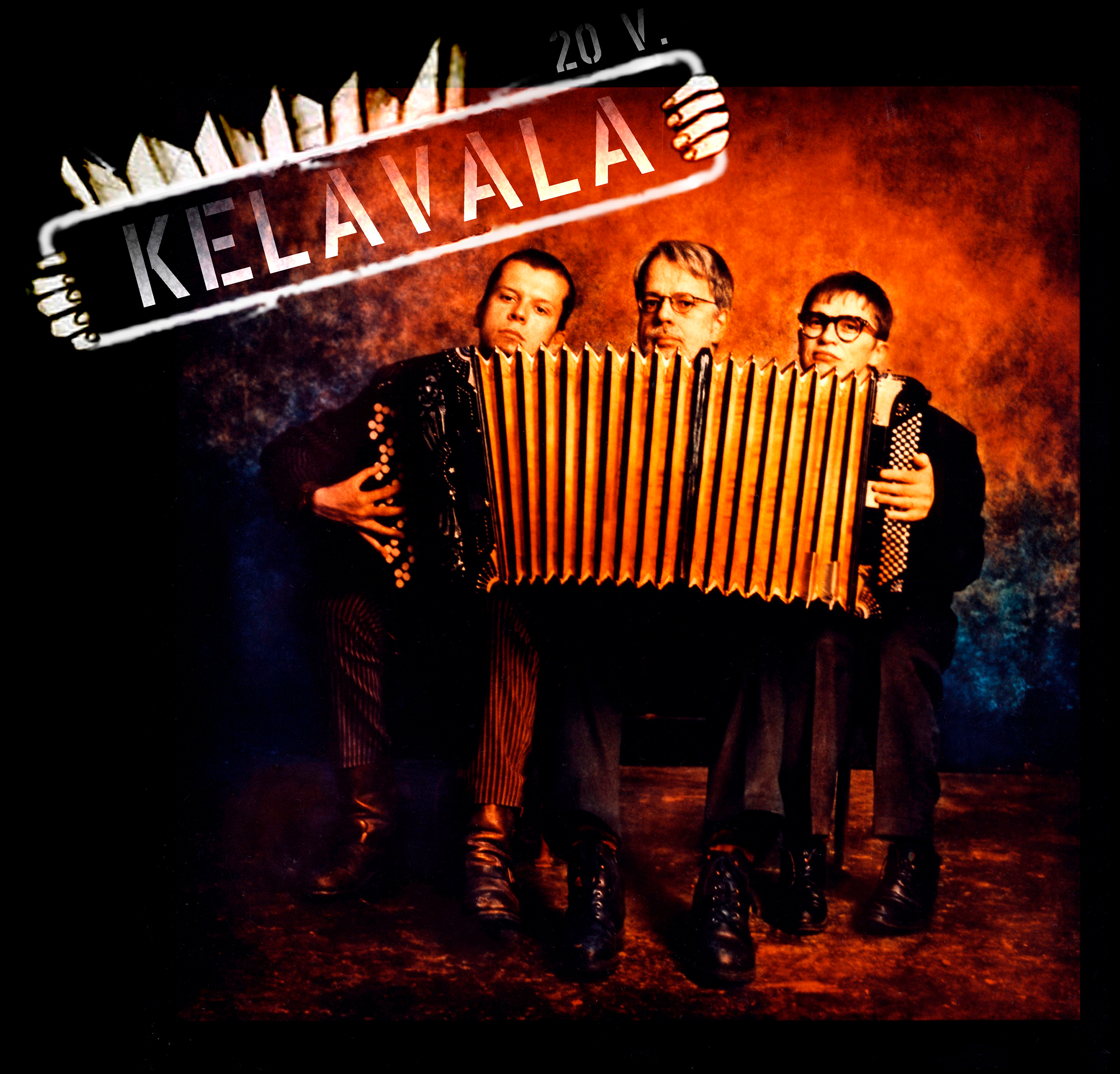 Kelavala is a unique group in the Finnish performing arts scene. This trio does not consist of a separate dancer and two accompanying musicians, but three independent performing artists. Combining improvised music and dance has resulted in hundreds of one-of-a-kind performances, which have lasted anything from a few minutes to twelve hours. During its 30-year history, this trio has also executed precisely planned and rehearsed stageplays, outside venue spectacles that have taken weeks to build and various types of performances.

Kela became renowned as a dance artist that produces imaginative, unique performances: his shortest solo work lasted for one and a half seconds, his longest for a whole week, 164 hours (Cityman 1989). In Kela’s work, the open-air performances form their own series of ecological dance pieces. For them Kela designs the scenery so that it works as installation art. Many of these ecological pieces Kela has carried out in Suomussalmi, where he is originally from. In addition to his dance pieces, Kela is internationally known for his installation The silent people and the video art piece 365 days – Video diary of Reijo Kela 1999.

Laitinen is a professor of folk music at the Sibelius Academy, a musician, pedagogue and researcher who moves effortlessly between different musical styles and many interdisciplinary productions. He is a pioneer in developing a new human sound -expression style. His solo work and improvisational performances range from archaic Kalevala-like oral poetry to combinations of experimental voice-expression and voice editing devices.

Pohjonen, with his accordion, is one of the most well-known Finnish musicians and composers internationally. He has performed at over 600 international festivals and concert houses. His solo concerts and different collaboration projects are unique events thanks to a novel way of using the accordion, multi channeled sound manipulation and the relentless search for new ways to manifest music. His music does not know boundaries: he has performed in contexts of improvisation, rock, folk music, avantgarde, classical music and in combination with dance and media art.